We’re not as divided as we think we are

The United States is not as polarized and angry as you think it is. The shrill voices that dominate discussions online and in the press are actually a very small percent of the US population. Unfortunately, social media and the press accidentally amplify the voices of the angriest people, giving us a twisted view of society. It’s like we’re all trapped in a funhouse, staring at the mirrors 24/7, believing they’re real. 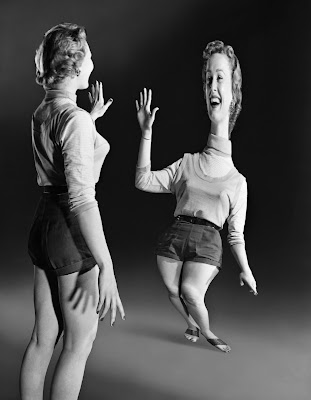 The way out of the funhouse is to spend more time listening to average people, the ones who aren’t trending on Twitter. If you do, you’ll find that most of your neighbors are far more reasonable and willing to compromise than you expected. We don’t all agree on everything, but there’s a lot we can do to work through our differences. To help make that happen, some of my coworkers and I are setting up a new website, called the Human Empathy Project (link). We’ll bring you video of regular people talking about the country’s problems. The stories you hear may surprise you, and give you some cause for hope.

Here are the details on what we’re doing, and why…

My employer, UserTesting, helps companies get super-fast public feedback on just about anything: websites, apps, marketing messages, etc (link). You specify what you want to test, and within a few hours you get video of your customers reacting to it. UserTesting processes more than 130,000 of these feedback videos every month.

This year we’ve experimented with using that system to get feedback from average people on hot-button national issues, starting with the pandemic and branching out to include the election and racial justice.

•  First, it turns out regular people are very willing to speak candidly in a video test. Most of them welcome the opportunity to be heard.

•  Second, the stories we heard from regular people were strikingly different from the narrative we all see on social media and in the press. The people we heard from were far less polarized, more thoughtful, and more willing to compromise than the voices that dominate the national debate. It was like we’d slipped into a parallel universe in which Americans were still willing to listen to one another and work together to help the country. (That doesn’t apply to everyone, of course, but the really polarized people are a small percentage, at most about one person in ten.)

This was a puzzle. The UserTesting platform is designed to gather feedback from average people chosen randomly, so we couldn’t understand why we were getting results so different from the things we see online. We investigated further, and it turns out there was nothing wrong with our methodology — we were hearing from the true mainstream of the country, one that is vastly under-represented online and in the press.

We also found that we’re not the first people to notice this disconnect. For example, a nonpartisan research organization called More in Common did a very extensive survey of Americans in 2019 and concluded:

“Today, millions of Americans are going about their lives with absurdly inaccurate perceptions of each other. Partisan media consistently elevates the most extreme representations of ‘them’…. This creates a false impression that outliers are somehow representative of the majority….Despite America’s profound polarization, the middle is far larger than conventional wisdom suggests, and the strident wings of progressivism and conservatism are far smaller…. Yet both sides have absorbed a caricature of the other.”

How did we get so out of touch with each other?

There’s a toxic feedback loop between social media and the news media. It works like this:

Behavior in online forums is driven by something called the 1% rule: The vast majority of the content posted to a forum is created by about 1% of its users (link). That’s just a basic fact of human behavior, and everyone who runs an online forum knows about it.

What many people don’t understand is that those 1% are not a representative sample of the rest of the forum’s membership. Something unusual has made them far more motivated than the average visitor. It may be that they’re more interested in the subject, or they may be trying to become influencers, or they may be working through other issues that make them want to talk. Whatever the cause, they’re not average.

In most online forums, this self-selection bias doesn’t have a big negative effect. It means the reviews on a travel or restaurant review site will be written by people who are especially enthusiastic about traveling or eating out, but usually that’s OK. However, in a mass social network like Twitter or Facebook, it has a profound effect on discussions about social issues and politics. The people who post heavily on those subjects tend to be extremists, the angriest and most polarized members of society.

For example, just 2% of the US population writes 97% of the Twitter posts on national politics, according to the nonpartisan Pew Research Center (link). Those 2% “political tweeters” are not representative of the country as a whole. Pew found they’re more extreme in their politics and are more likely to be hostile toward members of the opposing party.

This is not a conspiracy theory. I’m not saying 2% of the population got together and decided to hijack the country. It’s just the way people behave on online. Similar biases happen in every social media platform. Add them together, and the voices we hear on social media are systematically far more polarized, shrill, and confrontational than the population as a whole.

But I don’t think social media alone could create the divisions we see in society. Huge chunks of the population don’t pay attention to social media. About 78% of Americans don’t have Twitter accounts, and only 4% of Americans say social media is their main source of political news (link)

This larger problem is that the mainstream press, which far more people do rely on for news, too often treats social media as an opinion poll and source of stories. The things that reporters see online often shape news stories and drive the selection of what gets covered. We’re bombarded with reports about issues that are trending on social media, or quotes from someone who posted something offensive online. Let me give you a couple of examples of how pervasive this problem is…

Here’s a screen capture of the top story on the Fox News website on the day after Supreme Court Justice Ruth Bader Ginsburg died:

If you read the story, it tells you that several people online threatened to protest violently, and a Canadian lawyer and a Fox news host both said that’s a bad thing. I agree, it is a bad thing, but how did it become the top national news story? Given who writes most posts, the real news would have been if no one said anything offensive online (link).

Lest you think I’m picking on the right wing, check out the New York Times’s coverage of the Pence-Harris vice presidential debate. On the home page, above the fold, there was an article describing online comments about the debate. Before quoting from a bunch of Twitter posts, the reporter described the Internet as “that insular, blue-check-verified version of the proverbial diner in a steel town” (link).

The trouble with that sentence is that the Internet actually is nothing like a diner in a steel town. If you went to a diner in a steel town you’d get a random sample of working class people in middle America. When you go to Twitter you get a self-promoted sample of angry people and celebrities, all looking to get noticed by saying something snarky. It’s not a survey, it’s performance art.

I’m not saying the press is evil. Most reporters are trying to be professional and are under huge stress from the changing economics of the news. But social media is seductively convenient to a reporter. You feel like you’re in touch with the mainstream of society when actually you’re soaking in a hot tub with a bunch of fanatics. I think many reporters are spending way too much time in the tub.

When we make the things that people say online into news, we’re missing what’s really happening in the country. We amplify the voices of the extremes, and play them back as if they represented the center of society.

Our constant diet of anger and division are breaking down the dialog that makes a society livable. More in Common found that about 77% of Americans are in an “exhausted majority” caught between the extremes. They are willing to work together and compromise to solve the country’s problems, but feel intimidated and shouted down by people with extreme views. More in Common wrote:

“We don’t seem to disagree anymore without perceiving another person’s views as stupid, wrong or even evil. We’re being played off each other; and told to see each other as threats and enemies, not Americans just like us but with separate experiences and views. The loudest and most extreme voices get heard, and others just feel like tuning out altogether.”

We need to change the dialog

If the problem is built into social media and the press, how do we solve it? We can start by getting more exposure to regular people. If we heard from each other more often, the extremists couldn’t make their caricatures stick.

My coworkers and I are launching a project to help regular Americans listen to one another. Called the Human Empathy Project, it’s a website where we share the voices of regular people discussing their views and problems (link). Through videos in which they get to do the talking, you’ll understand where we actually agree and disagree, and the reasons why. Sometimes we’ll dig into the reality behind an issue that’s generating controversy. Sometimes we’ll just feature people talking about their lives and challenges, so you can get a better understanding of other Americans.

We’re launching the site with three sets of videos:

•  Messages that regular Americans want to send to the country (we asked a balanced mix of Republicans, Democrats, and independents, and I bet you’ll have trouble telling the difference between them) (link)

In the weeks to come we’ll post additional videos on other important issues. I think you’ll find that your real neighbors are far more reasonable and thoughtful than you realized. We sometimes disagree deeply, but there are usually understandable reasons for those disagreements, the sort of things you could work through over a cup of coffee. And I promise we won’t take sides against anyone — except maybe the people who tell you that the other side is evil and that you have to destroy them.

Please join us, listen to each other, and get to know the real America.

Note: Although we used the UserTesting system to collect these videos, the opinions expressed here are my own and do not represent the company.